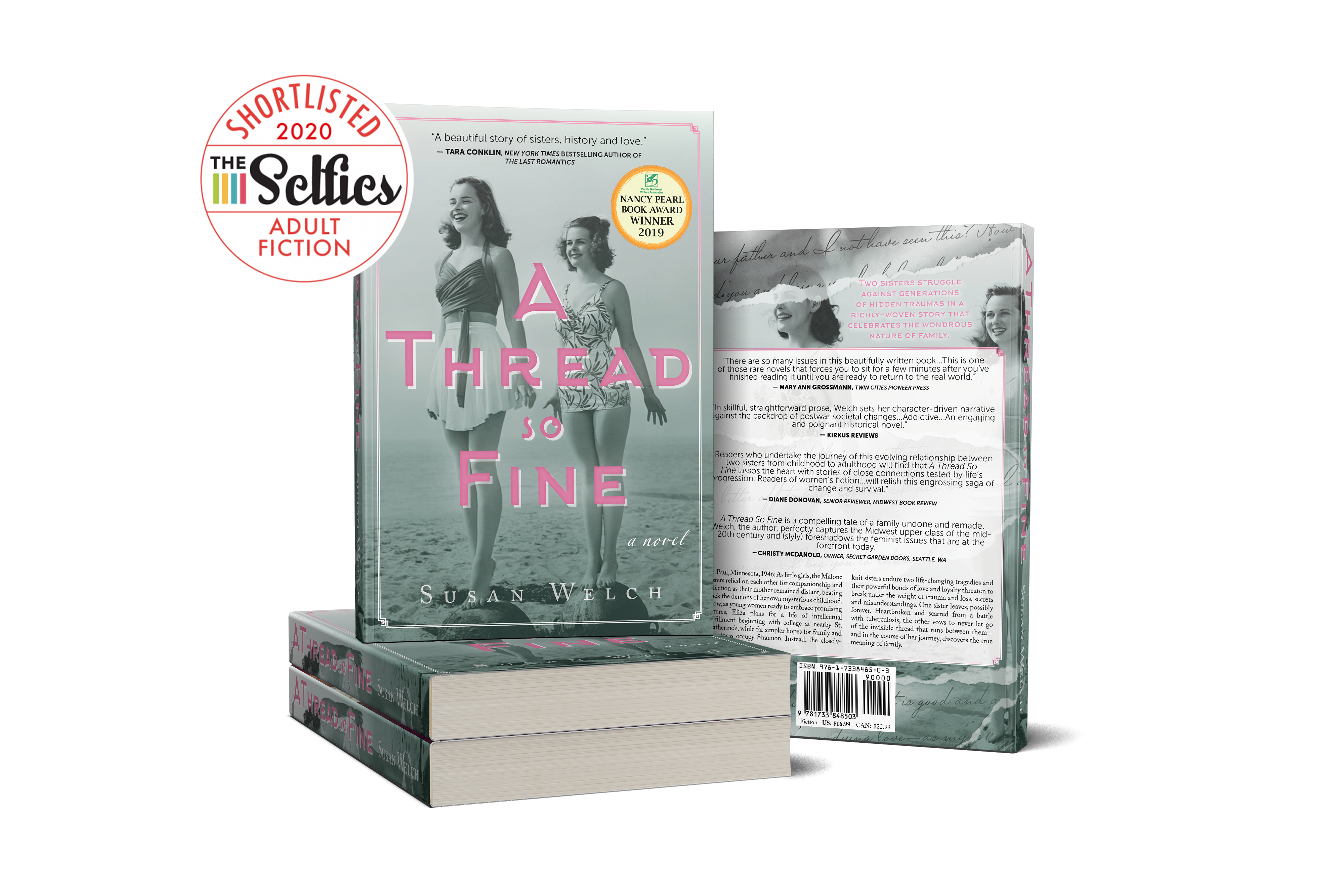 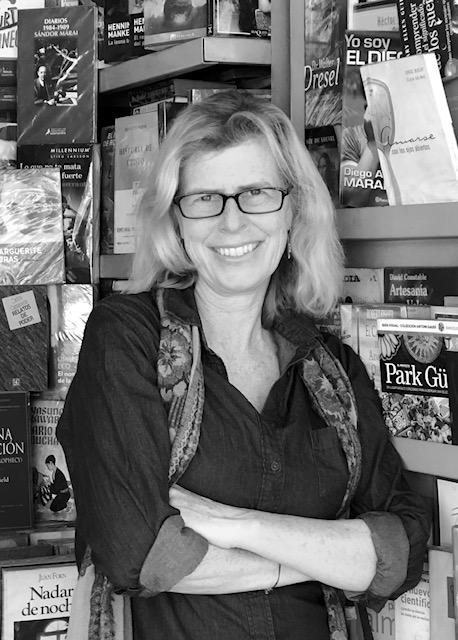 
As a child, I listened to my mother's stories about her year in quarantine as a 19-year-old TB patient in St. Paul, MN in the mid-1940s. At 46 years old, upon my mother's death, I discovered for the first time that I'd been secretly adopted as an infant. As a writer, I've tapped my passion for fiction to dig myself out of the mysterious hole I found myself in regarding my own origins, and to explore how women such as my mother and birth mother might have overcome their challenges as young Catholic women in an optimistic, but socially restrictive post-World War II culture. I'm pleased to finally share the story of Shannon and Eliza Malone with you...

A THREAD SO FINE

Can love for a secret child heal old wounds?

St. Paul, Minnesota, 1946: Introspective Shannon Malone and her more popular sister Eliza are Irish twins and best friends. As little girls, they relied on each other for companionship and affection as their mother remained distant, beating back the demons of her own mysterious childhood. In the summer of 1946, as womanhood approaches, both look forward to supporting each other in promising--though different--futures. Instead, tragedy rocks the Malone family to the core, secrets bloom and one sister leaves, possibly forever.

The other, physically and emotionally scarred, vows to hold the invisible thread that runs between them. In the course of her journey, she discovers a child with a hidden past, the love of a good man, and the true meaning of family. But is it enough to bring her sister home? 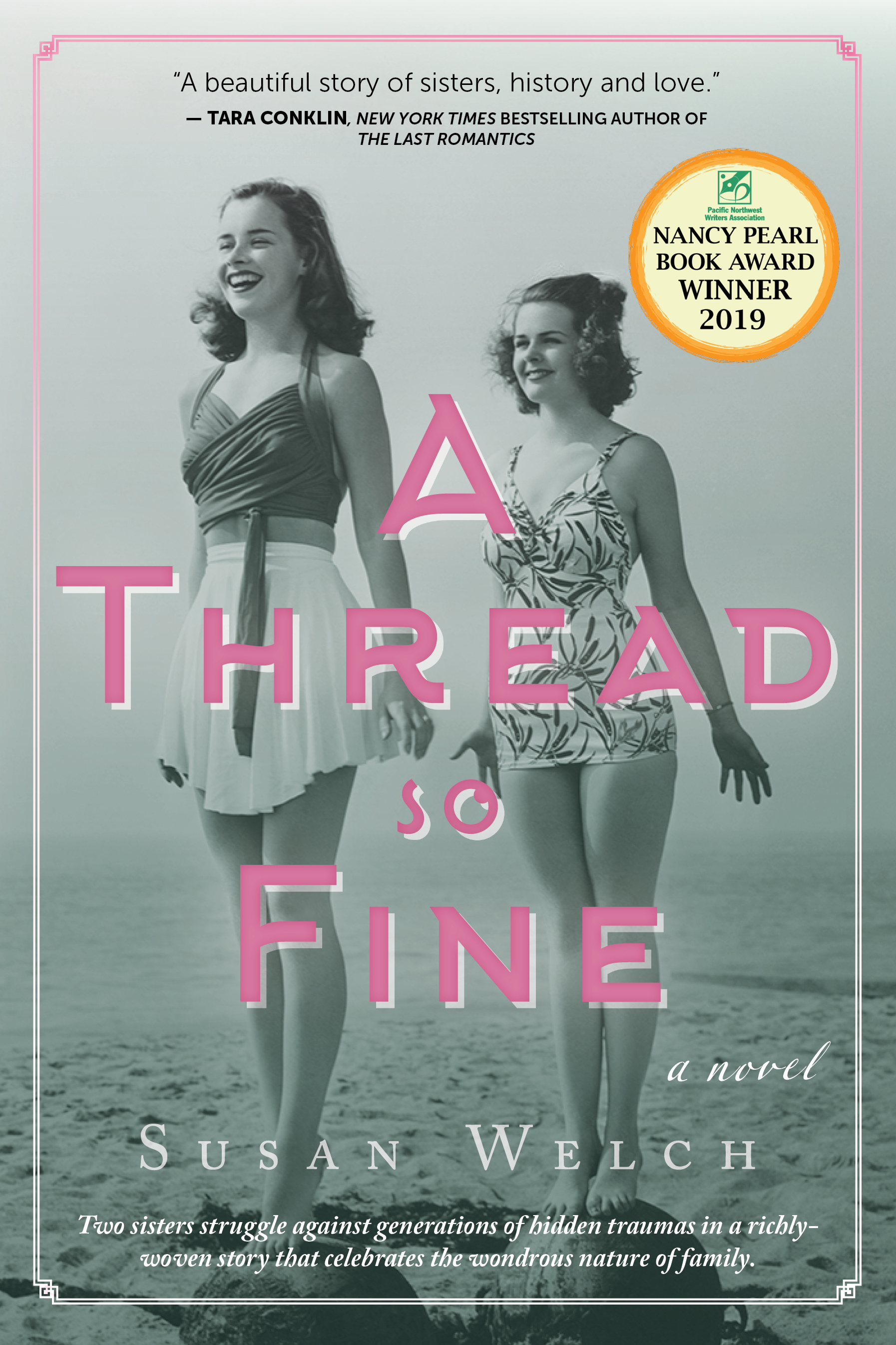 What Reviewers Are Saying


What Readers Are Saying

A Thread So Fine is one of the most memorable and inspiring historical fictions I’ve ever read. It exceeded all my expectations. My first impression was that this is an adorable story about two sisters, but it’s a haunting tale with a rich story-line about a family torn apart by secrets with two incredibly powerful women at its core. The relationship between the two sisters was consuming for me. I ached at their estrangement and rooted for their reconciliation. Susan Welch portrays a family drama mirroring her own experience and fully mastering the genre.

“Inseparable sisters, Shannon and Eliza, are warmly memorable characters. I found myself immersed in their lives as if they were my own family. Set in the 1940s, this premier novel tells the tale of each sister’s wildly different dreams for her future, yet one braces for heartache knowing dreams can’t all come true. The story of Shannon’s love for Eliza and the invisible thread she believes will bring her home weaves historical events of immense interest: life-threatening tuberculosis treatments, family abandonment over shame and the tightly guarded secrecy for victimized women, to name just a few. Welch as a first-time author shines as the story teller of this vivid depiction of post-war life in St. Paul, Minnesota and Ithaca, NY—reminding the reader of a more genteel world, although a world still fraught with social challenges and turmoil that persist today. This book is a gem!”

﻿“I read this book in 2 days…a real page turner. It’s a great work of historical fiction and a thoroughly captivating storyline, smartly written with flair.”

“Two sisters, a secret and two lives forever altered. This is a totally captivating novel that plunges the reader into the lives of Shannon and Eliza, two Irish-American sisters living in the post-World War II American Midwest. Their experiences and dreams take them in totally different directions and I was totally immersed in the story. I ached at their estrangement and rooted for their reconciliation. I loved the historical details as well, especially that Frances Perkins is a character. This is a totally absorbing novel that is wonderful to curl up with….” 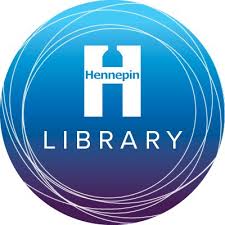 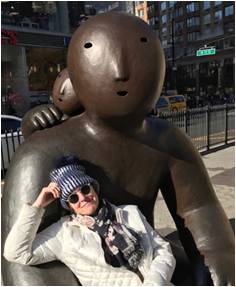 Susan grew up in Minnesota and Wisconsin with either her nose in a book or her toes in the water. After graduating with a Masters in International Management from AGSIM-Thunderbird, she spent fifteen years in business calling on breweries across the world, which gave her a treasured perspective both on cultural diversity and on the opportunities she might discover for learning, giving and growing. She now works for a company focused on regional agriculture, new technologies, and craft brewing. Always a writer, Susan often attempts to solve her problems in third person, creating fictionalized versions of herself and the main characters in her life—mostly in her head, but sometimes on paper. Nearly a decade ago, in the days after discovering her own adoption story for the first time, she turned to her imagination to trick her reeling mind so she could get a good night’s sleep. A THREAD SO FINE was born of those creative threads weaving into nocturnal dreams as she struggled to re-write the beginning of her own life story. Welch created Shannon and Eliza, Nell and Miriam as a way to imagine how women such as her Midwestern birth mother and adoptive mother might have overcome challenges as young Catholic women in an optimistic, but socially restrictive post-World War II culture. With the exception of FDR’s Labor Secretary, Mrs. Frances Perkins, the people in A THREAD SO FINE are all much loved fabrications layered with realities, truths and insights about her cherished mother, her brave birth mother, her beloved mother-in-law, her younger sister, and herself. When not traveling for work or pleasure, Susan spends her time either on the family houseboat in Seattle, or in a cabin in the dark and rainy, sometimes balmy woods of Lummi Island – and if she’s lucky, her husband Bruce is right there with her.

A THREAD SO FINE - Serial Chapters

Eliza Amon and I recently started an exciting, new on-line literary magazine, called Hot Flash Fiction to celebrate ‘womxn-of-a-certain-age…’through literature. We are focused on womxn – both as the story-tellers and the stories, themselves. We publish monthly issues of fiction and other versions of the truth. No Hallmark stories. No self-help articles. Just smart, funny, compelling and interesting writing. Sorry, no poetry. We are seeking previously unpublished work. Please submit your work (up to 5,000 words) through Submittable.com - or through our website Hotflashfiction.com.

Our first issue launched in February, 2019. Hot Flash Fiction is currently on hiatus until September, 2020